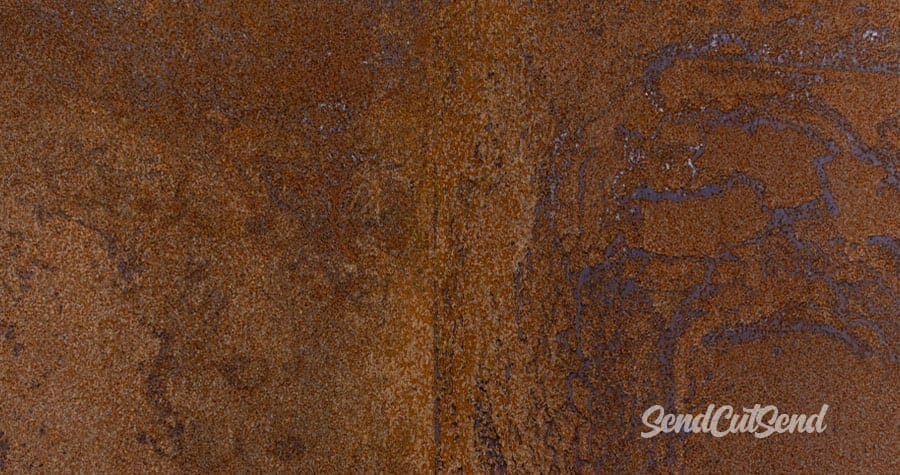 Neil Young will tell you that rust never sleeps. Legend has it that he never actually said that, however, or sang those well-known words—that honor goes to the punk band Devo, which in 1979 was promoting the now iconic phrase for a Rust-Oleum advertising job they were working on. Young did use it as the title for one of his most popular albums though. Good call, Neil.

Whoever deserves credit, the old rocker was right: rust doesn’t sleep. And as with so many other destructive things in life, what’s most important is how you deal with it. For those of you struggling to conquer rust, we here at SendCutSend have a suggestion: COR-TEN.

It’s possible you never heard of it, but you’ve almost certainly seen it. The John Deere World Headquarters in Illinois is wrapped in COR-TEN, also known as weathering steel. So is New York’s Barclay Center sports arena, and the U.S. Steel Tower in Pittsburgh (they’re the folks who invented it, way back in 1933).

Roofers love it for its durability. Architects enjoy COR-TEN for the rich patina that develops on their buildings and monuments. Sign makers think COR-TEN is swell for both of these reasons. And that’s where we come in. SendCutSend makes signs. Lots of signs, many made of COR-TEN (although there’s also aluminum, stainless steel, and plain old AR36 carbon steel to choose from, to name a few).

What differentiates COR-TEN weathering steel from all the other steel alloys? Good question, one with a surprisingly simple answer: copper, chromium, manganese, and nickel. I’m no metallurgist, but it’s these alloying elements that give COR-TEN its tendency to oxidize (a fancy name for rust) in the face of rain, snow ice, and sun.

But hold on: all steel rusts. What’s the big whoop over COR-TEN? Simple. Where traditional carbon steels eventually dissolve into nothingness if left unprotected, COR-TEN’s relatively high amounts of nickel and chromium (the stuff of stainless steel) make it last much longer and without protection.

And unlike the ugly, flaky rust found on junkyard cars, ancient beer cans, and broken-down tractors left to rot in abandoned fields, COR-TEN’s rusty appearance is a thing of beauty. One manufacturer describes it as “a dark brown oxidation that inhibits deeper penetration and negates the need for painting and costly rust-prevention maintenance over the years.” You can thank its copper content for this desirous attribute.

Feel free to Google any of the building’s mentioned earlier for proof, but seeing that you were just now searching for online laser cutting, though, you’re probably looking for something smaller than a four-story building façade. As I said, COR-TEN makes for a wicked-looking sign or storefront. But if you’re looking to get into the garden ornament business, this would be a good place to start. We can even help you with ideas for bending the different pieces of those miniature T-Rex statues, frolicking deer cutouts, and rusty-looking robot sculptures.

COR-TEN also makes a nifty firepit or chiminea. You might use it for a backyard water feature, or to adorn those ugly brick walls surrounding homes in the Desert Southwest. If any of this is ringing a bell (another idea), there are a few ground rules for working with us. For starters, you’ll need to upload your design to our website. We’re not mind-readers, after all. Most any 2D CAD format or Adobe file will work, but if you run into problems, give us a call.

You’ll also need to select a material. We currently have 11-gage and 14-gage sheets (0.07″ and 0.119″ thick, respectively) of COR-TEN in stock. Thicker gages are available for the asking. The maximum part size is just shy of 4 x 10 feet (46″ x 118″), but if that’s not big enough for your scale-model dinosaur, don’t despair—we can help find a way to join two or more pieces of metal together, potentially making your T-Rex life-sized. And high praises of COR-TEN notwithstanding, brass and especially copper also look pretty nifty after a few years in the elements. Whatever you decide, just remember this: rust never sleeps, but when you have the right material at hand, that’s perfectly fine. 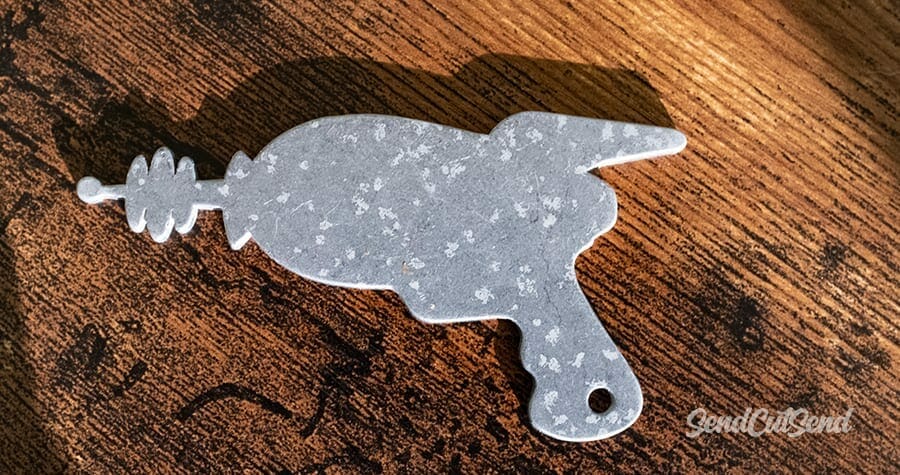 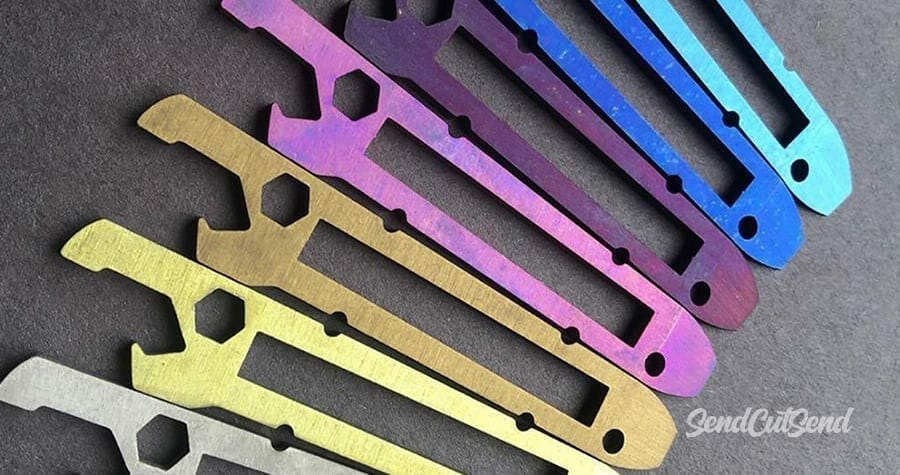 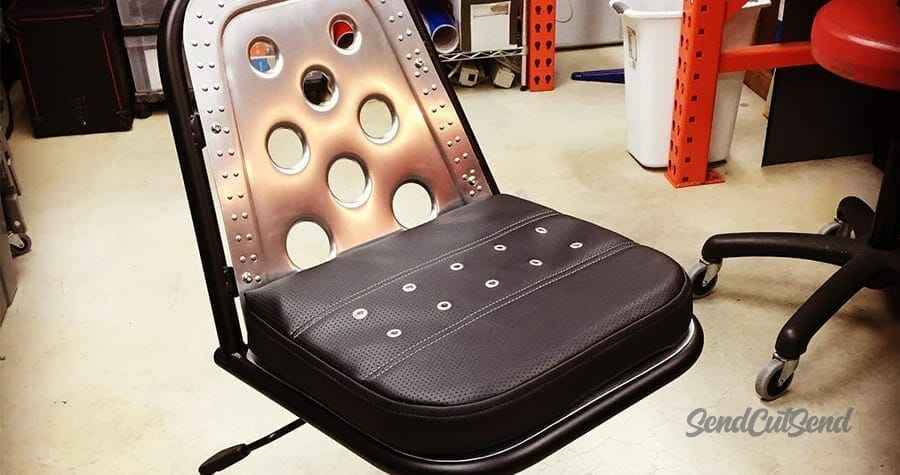