The technical language surrounding material properties can be overwhelming, so we’ve put together this helpful cheat sheet so you know exactly what to expect from your chosen material! The specific properties for each material can be found in the “Properties” section of that material’s page. Be sure to check out our Material Min/Max chart as well to find the geometry requirements for each of our high-quality materials. 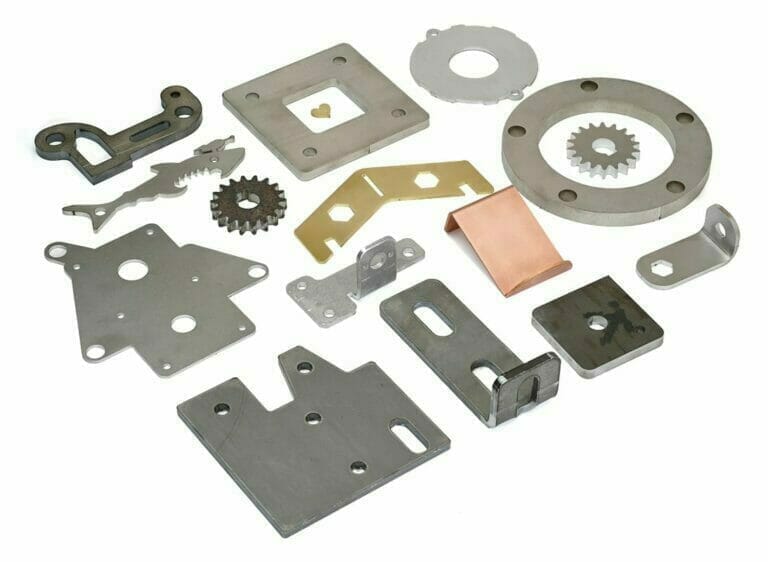 Density: How much something weighs relative to its size. This is an important attribute to consider as some of our plastics are considerably heavier than others.

Tensile Strength(Ultimate): The amount of stress that a material can withstand without breaking. This is a good indicator of how “strong” a part will be when a force pushes perpendicular to its surface.

Comprehensive (Crushing) Strength: How much force a part can withstand when being crushed. Strength like this is important to consider in scenarios where you have plates pushing against each other. A common example of this would be HDPE or UHMW used as skid plates in order to decrease the friction between two plates. If those plates don’t have high comprehensive strength, the part may crack from the force of the plates it’s separating.

Flexural Strength: How strong a part is right before it breaks. If you are designing a plate that is intended to bend this is an important attribute to consider as it’s a good indicator of how much integrity the part will retain as it’s being bent.

Shear Modulus: The material’s ability to resist small deformations over time. This is not in relation to bending but rather just the ability of the material to hold its form over time.

Impact Strength (Notched Izod): A measure of how much impact a material can withstand on one single pressure point. This sort of attribute is often looked at for things that will receive impact from fast-moving debris or will frequently receive force from one single point. A good example of this would be a rock flying at a windshield or window.

Rockwell Hardness: Simply the hardness of the plastic. The higher the number, the harder the plastic is. A harder plastic will be less prone to scratches and dents but also tends to be more rigid and more prone to shattering.

Elongation at Break: How much the material stretches when being bent to its breaking point in comparison to its original length. There is no good or bad number when it comes to elongation at break, it’s solely dependent on your application. If you have an application where you’d want the material to stretch rather than break, you want a higher elongation while if rigidity and the part holding its form is more important you want a lower percentage.

Fatigue Strength: The most amount of stress that a material can withstand for a given number of cycles without breaking. The higher the strength, the more stress it can endure over time.

Flexural Modulus: The tendency of a material to bend. The higher the Flexural Modulus, the more the material will bend to withstand a force rather than strain statically.

Electrical Resistivity: How strongly a material will resist an electrical current.

Maximum Temp (Mechanical): A maximum operating temperature. If you make a geared mechanism, for example, this is the maximum temperature where those pieces will hold their form and function correctly.

Vicat Softening Temperature: The determined softening point of a material that has no definite melting point. For plastics that decompose, this is the temperature where the material will start to deform.

Dielectric Strength (V/mil) 1/8″: The maximum electric field that an insulating material, the plastic, in this case, can withstand.

Continuous Service Temp (Operating), °F : The maximum temperature in the air at which a material can withstand and maintain 50% of its strength.

Shear Strength: This refers to a material’s strength against a structural failure caused by a shear load which is a force applied tangent to the surface of your part.

Yield Tensile Elongation: How much a material will stretch under tension. This refers to the amount a material can stretch before permanent deformation.

Coefficient of Friction: In basic terms how slippery a material is. A common reason to use plastic is because of its relatively low coefficient of friction, especially when looking at materials like UHMW which is used primarily for this reason.

Heat Deflection Temp: Measure of a material’s resistance to a change in its shape under a given force at an elevated temperature. If I heat up my part and try to bend it, for example, this is a measure of how well the part will withstand that force in comparison to how it would in normal operating conditions.

Upload your CAD design (DXF, DWG, EPS, or AI file) and get a free instant quote on your custom laser cut parts, all delivered to your door in a matter of days. 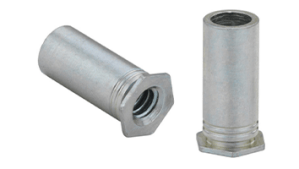 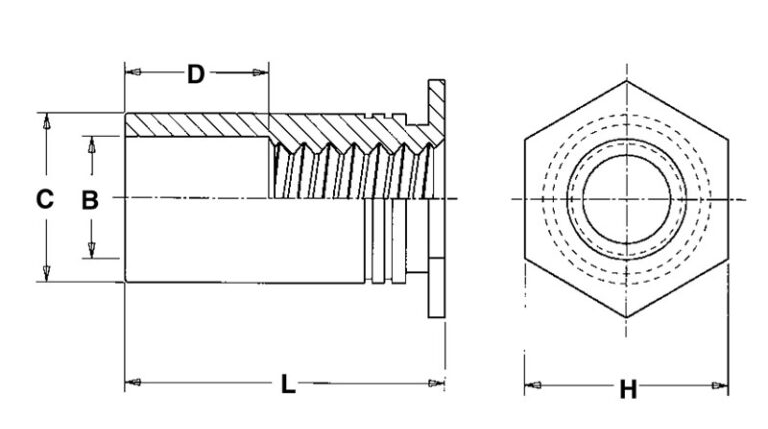 We proudly use hardware by PEM